While there are some restaurants that have built a solid reputation and extreme success by staying faithful to their tried-and-true menu such as Sweetgreen, a farm-to-table salad concept that has grown to 91 locations in 12 years and is valued at more than $1 billion, many require relatively frequent updates. It seems to be a byproduct of the current changing trends and foodie reviews that have potential clientele checking out what restaurant is serving the latest edible algae ten minutes after spotting it on a post or tweet.

So, just how are restaurants redefining and modeling their menus under this state of constant flux, with many making daily changes? Enter the world of technology.

This interactive experience allows guests to order straight from tablets delivered to their table. Many of these tablets also offer payment methods including credit card readers and even the ability to pay using mobile apps such as Google Wallet and Apple Pay.

This digital technology also allows for daily menu changes that include mouth-watering photos. When Iowa State University researchers placed a rotating digital image of a salad on a menu for campers at a YMCA, there was as much as a 90 percent increase in salad consumption among the kids. They also found that the more vivid and realistic the moving photo was, the greater the response. A digital menu is the best and easiest way to implement this technology and even steer your guests toward dishes with the highest profit margin.

Today’s technology has created personalized service without the people. Artificial Intelligence (AI)-powered platforms allow kiosks to react like humans and some can accomplish this through facial recognition. Once recognized, the kiosk then searches its database, finding past orders and making suggestions based on this knowledge. I know, a little creepy and cool all at the same time.

While facial recognition is not yet the norm, it is definitely on the rise. BurgerFi, a South Florida-based chain, is using these types of kiosks at 22 of their 108 locations. Wow Bao in Chicago is also one of the trend setters.

Self-order kiosks have been on the rise for some time with McDonald’s leading the way in 2004. Restaurants such as Panera Bread have had this technology for years while some new kids on the block include Subway, Taco Bell and Wendy’s.

A nice side effect is this: It appears that people may feel a tad uncomfortable ordering more food than society deems appropriate. A study reported in Modern Restaurant Management found that, in addition to increasing sales, those that used self-service kiosks ordered, on average, 21 percent more, resulting in about $5 more per transaction. Not bad.

Not only do these technology wizards increase sales and upsell every guest, they also make it easy to modify and add a new menu item or tweak an old one.

Modern restaurant management systems offer insights that restauranteurs of yesteryear could only dream of. This includes dining patterns and seasonal preferences, information that allows restaurants to schedule new menu items based on past success and comparative sales.

We are a generation on the go…and the restaurant industry is certainly one that has been forever transformed because of our current desire to eat on the run. In fact, since 2014, digital ordering and delivery has grown 300 percent faster than in-house dining.

If you haven’t developed a branded mobile app for your restaurant, now is the time. It allows your loyal clientele to place their to-go orders in a matter of minutes with no interaction required. These apps are also directly integrated with your POS system, and the digital menu platforms allow guests to pay in advance, making their experience seamless. Many include pairing recommendations as well as upselling suggestions while others integrate with your loyalty program. Choose accordingly.

The Point-of-Sale systems that are available today make changing a menu item and establishing an appropriate price for the dish relatively simple. Sales-data analysis provides you with the ability to make timely changes to your menu in order to keep sales moving in the right direction.

Menus are one of the more personable items in restaurants that both chefs and owners as well as employees can become attached to. Embracing change through technology allows for a fluid movement as it becomes clear which items are working, and which ones should go the way of the dodo bird. Change is not always easy, but it is inevitable—and the only way to rise is to take the next step up the ladder. The Five Biggest Growth Challenges That All Restaurant Operators Face 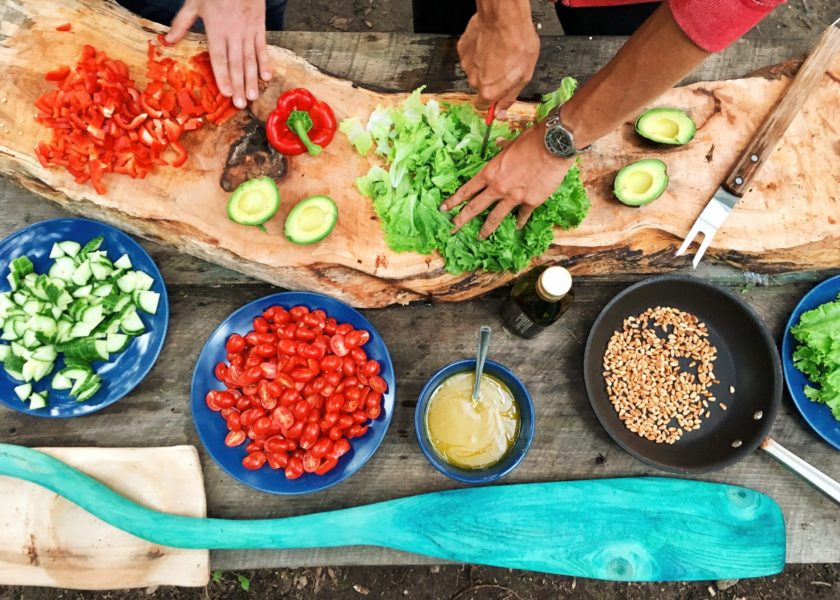 Get More ‘Green’ From Your Salad