It appears that Americans will long remember—at least until the next hot topic makes the headlines—the war that erupted as the 2019 summer season winded down. It was a war that resulted in exhaustion for some, irritation for others and, as most wars are prone to do, great wealth for big business followed by tragedy. Yes, you guessed it, we are referring to the “Chicken Sandwich War.”

It started with a tweet. On August 12, Popeyes announced via Twitter that their long-awaited buttermilk-battered chicken breast sandwich on a brioche bun was on the menu. Their rivals, namely Chick-fil-A, Wendy’s, and Shake Shack, felt the first rumblings and knew their market share was at risk.

Chick-fil-A responded with a tweet of their own which, of course led to another tweet by Popeyes—and the war had begun. Suddenly, according to Google Trends, Google searches for “Popeyes chicken sandwich” grew almost 1000 percent. Wow.

Millions of Dollars in Free Advertising

According to Forbes and Apex Marketing Group, Popeyes would have had to pay an equivalent of $65 million dollars in marketing for the attention it received. Not bad. Restaurants reported selling over a thousand chicken sandwiches in a day—with long lines and irritated customers creating havoc.

Just two weeks later, on August 27, the fatal announcement was made: Popeyes had run out of chicken for their newly claimed-to-fame chicken sandwich. Really? Just how did this extraordinary demand lead to a supply chain crisis? And is this a sign of the times when social media gone viral can disrupt the best laid plans? Originally, Popeyes believed their chicken inventory would last until the end of September, instead, they went through two months of chicken breasts in just two weeks.

In typical supply-versus-demand economics, someone even tried to sell a Popeyes’ chicken sandwich on eBay for $7,000. Only in America.

Mind you, supply-chain tragedies are a worldwide phenomenon. In February of 2018, the United Kingdom experienced the closure of 600 branches of Kentucky Fried Chicken due to a chicken shortage. According to The Sun, KFC’s new supplier, delivery giant DHL, faced challenges getting fresh chicken out to the 900 restaurants across the country.

Recently, when KFC tested a plant-based version of their fried chicken—Beyond Fried Chicken—at a location in Atlanta, they sold out in just five hours.

So, one wonders, just who was supplying the 2,400 Popeyes’ locations across the country with their chicken? (Currently, Popeyes is not divulging that information). And, why is there a shortage when the U.S. is expected to process a record 43.3 billion pounds of this poultry in 2019?

It comes down to the specifications of a certain product. Restaurant chains, particularly fast-food enterprises, don’t head to the big conglomerates, such as Tyson, and buy up massive chicken breasts. Their products are often made for quick turnaround and include breading, seasonings, or a specific size that requires additional processing.

Unfortunately, as Popeyes works out their supply dilemma and searches for new chicken suppliers, time is slipping away. As any in the marketing industry know, businesses need to ride the wave of viral fame when it comes their way. For now, McDonald’s is scrambling to create a chicken sandwich worthy of getting in the competitive game, while still maintaining quick service times, and Chick-fil-A and Wendy’s are still selling chicken sandwiches.

If nothing else, the war of the season reminds those in the industry the importance of streamlining their supply chain and developing their social media strategy. And then being prepared for the resulting avalanche of success should the nation take notice. 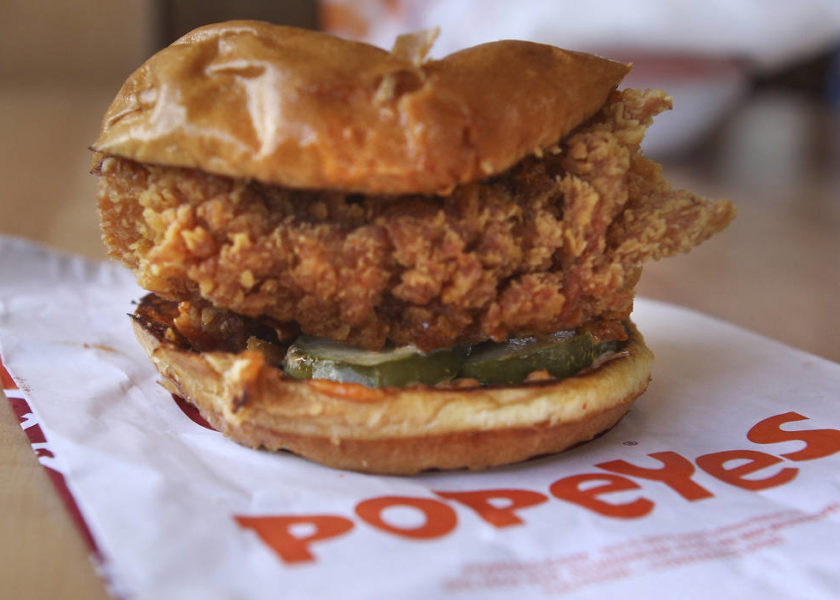